This is the first short story of the book. A tale of two teenagers, Jeremy and Jamie, twin brother and sister. They are invited on a canoe trip with their best friend, Frank. Being avid outdoors enthusiasts, they take to the week long trip with great enthusiasm. However, it is not long before they encounter strange sights and sounds in the back country wilderness. Little do they know, their carefree summer canoe trip comes with a price, along with a most unsuspected ending.

Love, the Witch and the Warlock

Alex is a good looking, confident guy. Perhaps a little too confident. For, he attempts to seduce a woman who has caught his eye. But, unlike all the other females Alex has notched on his belt, Dawn is unlike any woman he has ever met. Alex is unsuspectingly led on a dark and deprecating journey of the mind and soul. But, the ending extols the fact his journey entails so much more than he can ever comprehend.

A coven celebrates a combined Beltane Sabbat and Flower Moon Esbat. However, a fundamental aspect of the ritual, in the form of the coven's Maypole, must be obtained from the nearby forest. The three young men of the coven are requested to find this object of great importance and perform a sanctification ritual in honor of the Lord of the Forest's graciousness. Although righteous and just, the Horned One can also be a very vengeful God.

Young Monty did everything in his power to please his mother and see the look of endearment on her face. Since his mother was heavily involved in the local Methodist church, his ability to excel at his Sunday School lessons was his best asset in accomplishing this feat. However, Monty found himself falling in love with one of his Sunday School classmates, sweet and beautiful Shelley Walters. But, what was the dark secret behind the innocent looking Shelley... and how would he explain this to his mother?

Danielle was a lonely and depressed young girl who's life was uprooted on a routine basis. Her father was in the military and Danielle never knew the stability of a life in a permanent home, or school environment. When she moved to her new home and school, she suddenly found herself confronted by a group of mean spirited youths, who also happened to be involved in something with more sinister implications. Forced to face the stark reality of her life, Danielle came to discover that a frail old woman, whom she had befriended in her previous place of residence, would be her savior.

Clint was a devout and dedicated member of a coven. So much so, his coven mates encouraged him to attempt to attain the coveted Second Degree. This was a huge step for Clint, as it is for any witch attempting the ordeal of elevating to the Second Degree. In his efforts to endure the physical, mental and emotional ordeal put forth by his coven mates, Clint ended up attaining far more than just his Second Degree.

Bound By the Broadland Curse

Abandoned by her mother, to live with her aunt when she was only six years old, Sarah grew into a fine young woman with a successful career and a wonderful, supporting husband. But, as she approached her thirtieth birthday, she began to experience unsettling dreams only her aunt could explain. This set her on a course to learn of her family lineage in early, eighteenth century, colonial America. What she found, was far more than she had ever bargained for.

In fifteenth century Italy, a peaceful village set in a fair valley, endured a drought unlike any other in memory. The ruling nobleman finds he must confront an old crone living in the woods that is suspected of being the source of the drought. Little does the nobleman know, this old, broken down hag is far more powerful than anyone could have imagined. A price will be paid, for the nobleman's impugning of the old crone.

Being a fierce and courageous warrior, Johann was hired as a mercenary by the Christian church to reclaim a haunted monastery, ruled by a ruthless and evil witch. Also being of a brash, rude and uncouth nature, Johann found himself in a stalemate with a most unexpected entity known as the Shadow Witch. No one knows the outcome, until a military force comes to seek the fate of the fearless warrior.

The Curse of Tuath UI Failge

Into the wilds of seventh century Ireland, the young, affable and humble Father Bairéad, did travel. He led his small contingent of supporters on a journey to win Pagan souls for the Lord. Appointed this task by the vile and calculating, Bishop of the Diocese of Dubh Linn, Father Bairéad discovers a terrible, great and ancient Pagan secret. To his horror, the Bishop of the Diocese of Dubh Linn, must also be held accountable for the consequences he helped come to pass.

An old couple, having lived all of their married lives in the dreary bottom lands of the English moors, come to a final and amicable understanding. On that fateful day when his wife, a witch had taken in a familiar, to help her with her magical workings, the old man knew he had been displaced. Now second in the life of his wife, the witch, he looked on wistfully and hoped that one day, he would once more be first in the life of his wife, the witch, whom he dearly loved. Little did he know, that day would surely come.

Come Play With Me

Little Gretchen longed for a playmate her age. Being the youngest of her siblings, at thirteen, she found herself alone and almost forgotten. Too old for the playtime of a smaller child, yet too young to know what lies beyond the high stone walls of her wealthy father's estate, she was bored and sad. Then one day, when traveling into the village with her mother, she happened upon a young and beautiful, yet very poor girl, whom she befriended. Little did she know, her new found friendship had serious and far reaching repercussions beyond her understanding. 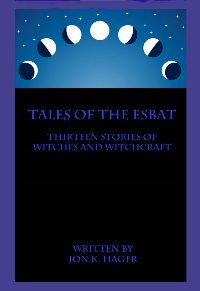